Zombies are more than just prop to scare people, but an excellent tool for marketing

Zombies are more than just prop to scare people, but an excellent tool for marketing

Zombies are probably the more popular character in recent years, appearing from novels, comics, video games, movies, commercials to TV series. In addition, there are even a slew of products created in the name of zombie, the trickiest thing is, the consumers don’t seem to get enough of it, and even find it fascinating. Maybe because zombies are now well adored by the public that many brands have started to use it as a marketing tool.

Let’s take a look at an example, Hell Pizza

Hell Pizza is a Pizza chain store. Generally, brands that sell food will place ‘how to increase consumers’ appetite’ on top priority when communicating, however Hell Pizza goes the exact opposite. It adopts thrilling, gory or violent themes that may turn people’s stomachs.

Hell Pizza incorporated campaign website, mobile application and YouTube interactive video. The video describes a woman came out of a store and finally got rid of zombies attack by climbing on top of a container. At this moment, she took out her mobile phone, clicked on Hell Pizza App and ordered a pizza to go. The focus of this interactive video lies in ‘how do you help deliveryman to make the right decision, get through zombies and deliver the pizza to that woman’. If you make a wrong decision in the video, then you will be eaten by the zombie. 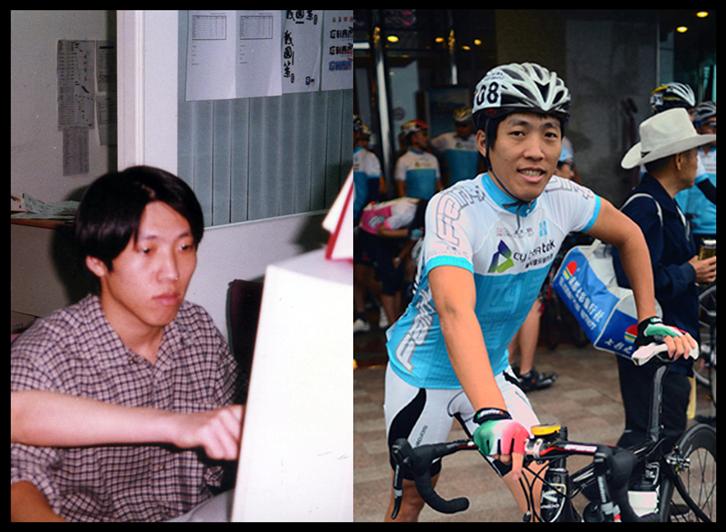 ▲The marketing content reveals in the video from time to time but it is not odd at all.

▲The woman was trapped on top of container, waiting for your rescue. 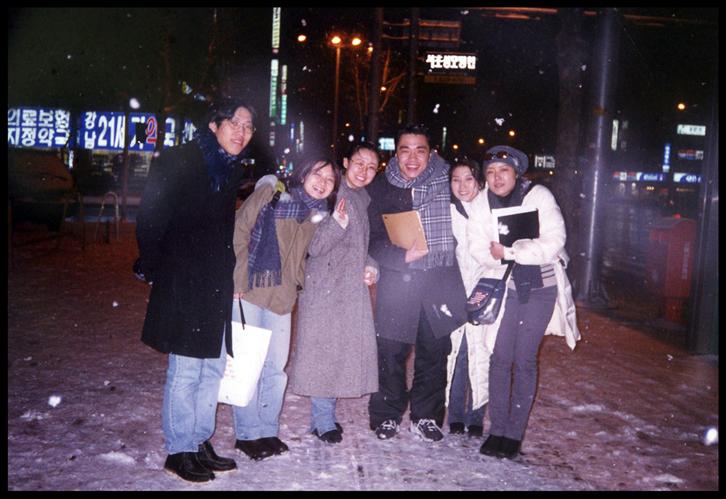 ▲The road was full of zombies that want to eat the livings, when there is a passerby asking for your help to get in the car, what would you choose?

Hell Pizza not only sells the thriller/horror element in the video but imbedded many marketing and communication elements, e.g. the business ideal that ‘the order must be delivered’, ‘free delivery Tuesday’ and the company website: www.hell.co.nz. The point is everything was craftily intertwined in the film, real smooth and clever!

Another stellar example that uses zombies to market is the TV series, The Walking Dead.

The Walking Dead was adapted from the popular American comics. The main character woke up from the hospital only to found out the world he knows has changed drastically. Humans were infected by virus and turned into zombies. Looking around, he was the only ‘living’ person there and thus he began an adventure of ‘finding other survivors’.

To promote the new season of The Walking Dead during the Valentine’s period this year, the TV company launched a seires of e-Valentine’s card, matched with the ‘touching’ confessions. For example, “For me , you’re the perfect combination of body and brains.” Not sure how your girlfriend will take it when she receives the card: love you to ‘death’? or dump you right on the spot? 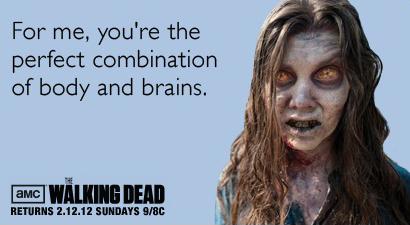 In addition, in terms of the outdoor advertisement, the company designed a poster where the passersby can tear off the zombie characters’ arms and legs. (as demonstrated below) 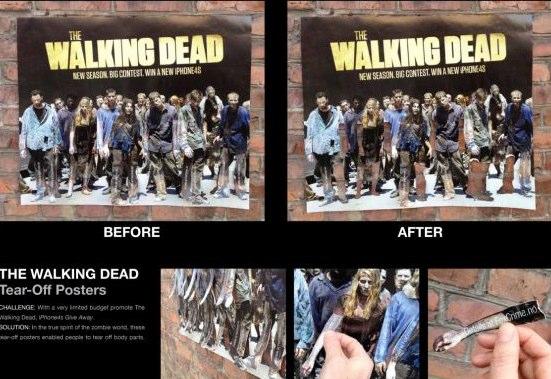 Zombies don’t only appear outdoor, but in the movie theater. The Walking Dead made a warm and fuzzy romantic movie trailer to show before the real movie comes on. In the pitched dark theater, everyone was staring at the big screen, and suddenly, a zombie walked into the theater making roars as he went. When the audiences were being scared the lives out of the, the female character in the big screen suddenly took out a gun and shot the zombie in the theater. The interaction between the virtual and physical world is really impressive. Please see the video: 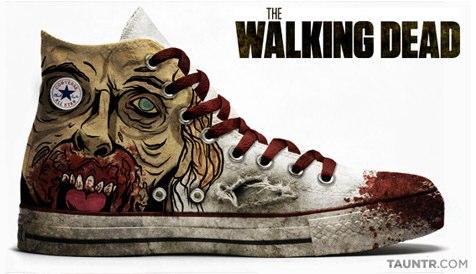 The Westerners brought out the horror stuff that originally belong to novels and movies and turned it into marketing tool. Zombies appear in every corner of our lives, sometimes comical, sometimes hilarious, and sometimes scary. Zombies had stepped outside of their stereotypical impression and moved towards another whole new level!

Born in the 60s, Mika has worked in the field of consumption marketing for decades. He experienced brand strategy, product concept all the way to official launch. He cars about traditional marketing model as well as the changes arise from Web2.0 and social media.