Taiwan, a world-famous island of mountains, covers an area of ​​36,000 square kilometers and has 368 mountains with an altitude of more than 3,000 meters. It is one of the 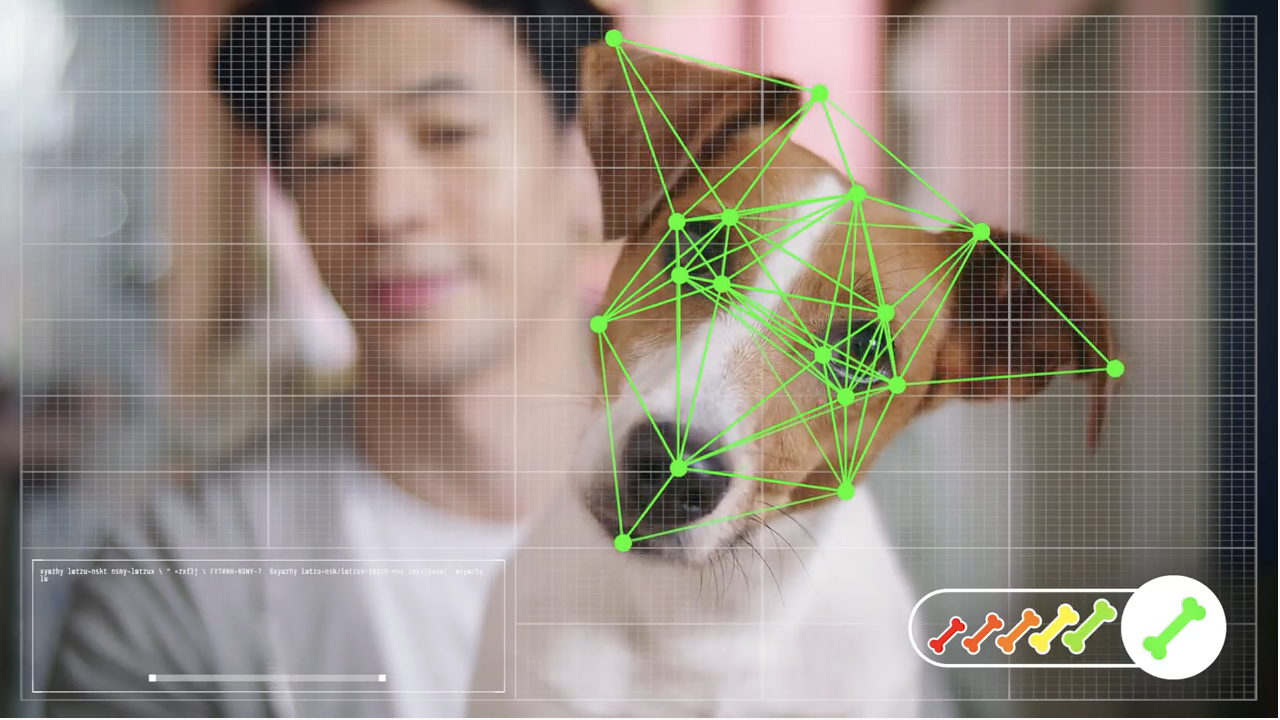 The Pinnacle of Online Shopping — Dogs Shopping for Themselves Online

The saying “Time is advancing” doesn’t only apply on humans, but on dogs as well. Don’t you see videos on YouTube channels about how pet keepers show off their adorable 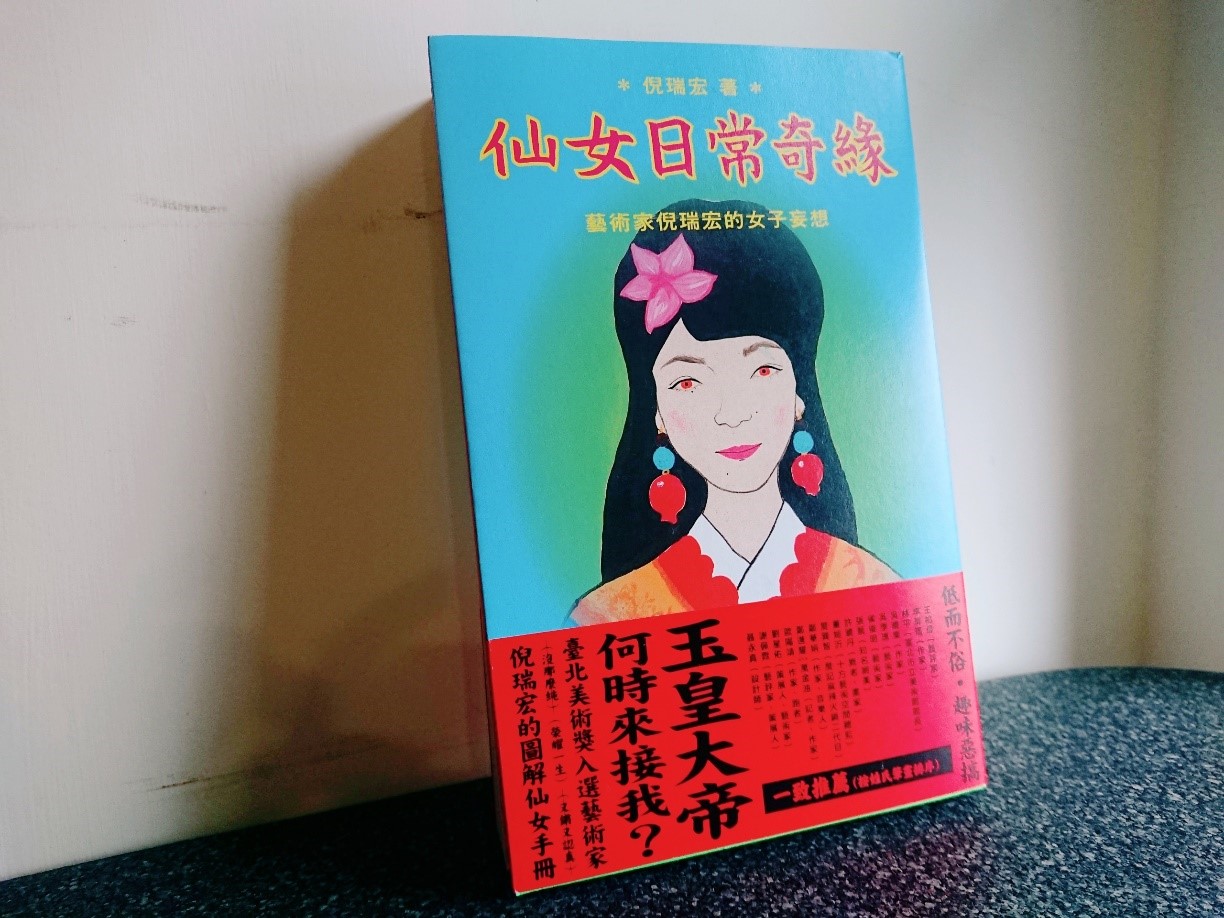 The veritable fairy artist comes to enlighten us! The Daily Affairs of Fairies is a must-read handbook of life for daydreamers

Do you think that art is all incomprehensible, deep, or pretentious stuff? This book might change your view. Born in 1990, the author Jui-Hung Ni is not only an artist 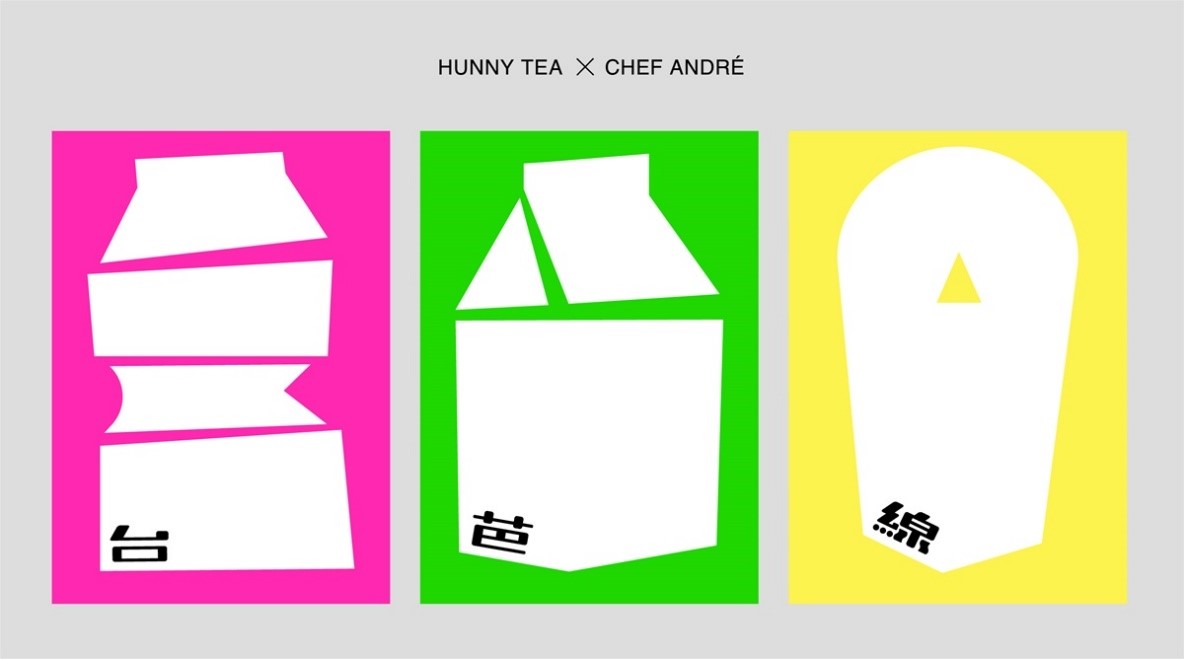 ▲Hunny Tea and Chef André Chiang of “RAW” cross collaborate in a new-concept drink that purely embodies the Taiwan style from the inside out. In recent years, it could be 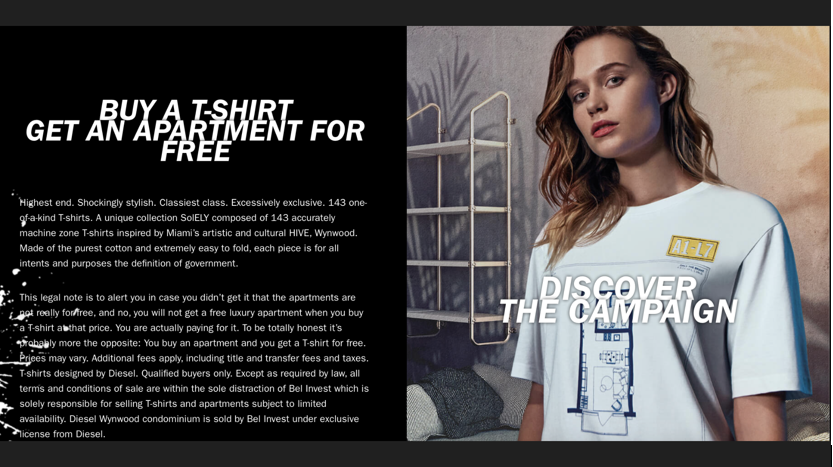 The Most Expensive T-shirt in History: Buy One Diesel T Shirt, Get a Free Condo

Taiwan, a world-famous island of mountains, covers an area of ​​36,000 square kilometers and has 368 mountains with an altitude of more than 3,000 meters. It is one of the countries with the highest density of mountains. However, the year-lasting policy of prohibiting mountains has made the mountains close at hand become the most unfamiliar environment at home.  In 2019, the Executive Yuan's policy of lifting the ban on mountains and forests officially opened the high mountains, which account for nearly 30% of the country's land area, to the public. The mountains are there, but do we understand them?

The Pinnacle of Online Shopping — Dogs Shopping for Themselves Online

The saying “Time is advancing” doesn’t only apply on humans, but on dogs as well. Don’t you see videos on YouTube channels about how pet keepers show off their adorable pets who often have unexpected special talents. Nowadays, even dogs can shop online. It’s not degrading anyone; it’s an actual service from a website. 《Petz》, a Brazilian online shopping brand for pets, claims that “their website allows dog to shop; more impressively, it can recognize dogs’ preferences. Whatever the dogs like will be automatically added to cart.” How about that? So magic, right? Facial Recognition for Humans Is Nothing;

The veritable fairy artist comes to enlighten us! The Daily Affairs of Fairies is a must-read handbook of life for daydreamers

Do you think that art is all incomprehensible, deep, or pretentious stuff? This book might change your view. Born in 1990, the author Jui-Hung Ni is not only an artist who specializes in fairy research, but she is also a temple-certified fairy. With the title of Master of Taipei National University of Arts and impressive experience in participation in illustration design for the Golden Melody Awards, Jui-Hung Ni’s inspiration of creation, however, is from things with which we are familiar and they are a bit local, such as the electric lanterns in temples, the beauty pageant endorsing rural agricultural

▲Hunny Tea and Chef André Chiang of “RAW” cross collaborate in a new-concept drink that purely embodies the Taiwan style from the inside out. In recent years, it could be said that “Taiwan style” has become the hottest key word in the design world. “I am proud of being a Taiwanese” has long replaced “the grass is always greener on the other side” and become the trendiest aesthetics. In 2018, designer Godkidlla stepped onto the stage to receive the Golden Melody Award for Best Design with a pair of blue-and-white slippers. His unruliness, his strong grass-root dress-up and works

The Most Expensive T-shirt in History: Buy One Diesel T Shirt, Get a Free Condo

You might have heard about buying "Ferrari" and getting free tire, but have you ever heard of buying a tire and getting free Ferrari? Italian clothing brand "Diesel" did it. Even more, it says "Buy a T-shirt and get a free condo located in Miami, the U.S. and designed by an Italian designer!" The cost to "buy a T-shirt and get a condo" is steep. This is the most expensive T-shirt in the history. There are only 143 T-shirts available, each is unique and printed with the ground plans of the condos. For instance: Buy the 100% pure cotton

The global coronavirus pandemic has forced brands to face more than the issue of reduced sales. As mentioned in the article "The Brand Challenges from the Pandemic" of Issue No .405 of EMBA Magazine, according to an American PR company's research, it was discovered that "During the pandemic, if they (the general public) feel that a certain brand values 'profits' over 'people', then they will not be able to trust this brand again." An event that gathers the crowds is no good, and any statement that does not empathize with the people's lives is no good. Songshan Airport knows

In the fields of gaming and movie industries, "sweet nostalgia" has never gone out of fashion. After years of hiatus, it is a great joy for fans to see the revival of classic characters and new developments in the story. As long as it doesn't veer off course too much, it can often become a hot topic. However, have you ever seen a TV series do the same? ▲The character Shinsuke Kuwano played by Hiroshi Abe is a very stubborn man that often causes trouble to his fellow workers. (Photo source: natalie.mu) Surprise revival of a classic Japanese series

▲ Empathize → Define → Ideate → Prototype → Test Design thinking is a "user-centered" approach to create more possibilities through user demands. The creator of this method is the founder of the renowned American design company IDEO - David Kelley. Kelley transformed past experience in problem-solving in terms of the design thinking perspective into a master's level course when he held the position of Director at the Stanford University's Hasso Plattner Institute of Design, and established the academic position of "design thinking". IDEO CEO Tim Brown has also proposed the original definition in the Harvard Business Review "Design

▲ Ashley Chen - You Should be More Calculating in Your Communication The word "calculating" always seems to be a bit negative, like a horrible and scheming colleague at the office. In fact, it is exactly your grounded personality and hard work that requires a little boost with a bit of cunning schemes. This helps you to establish better relationships with your supervisors and colleagues, to make your clients with the perfect impression on you, and to stay calm and focus on the main points in your response in tough negotiations.  The author of the book - Counseling Psychologist

Thumb Zone Interaction Design - Mobile UX ▲Photo by Andrea Natali on Unsplash When Saha upgraded from the old iPhone 6 to iPhone 11 with the 2019 trend for new smartphones, I did not feel any exhilaration or anticipation, but I was shocked and shouted in my mind, "How big it is! I'm afraid I can't get used to this heavy phone!" The huge upgrade from a 4.7" screen to a 6.1" screen iPhone 11 was a brand new experience for my hand. The first worry is that it would really hurt if iPhone 11 slipped from my hand

If you ask a person randomly on the streets in Taiwan his or her impression of "Kentucky Fried Chicken?", and he or she would probably answer, fried chicken, KFC, Colonel Sanders, or a fast food restaurant. Whichever the answer is, you probably wouldn't have thought that KFC would actually build up a "love motel"! Not only does it have all the facilities of a motel, but also finger-licking tasty buckets of fried chicken. What's even better is that all the wonderful things there are free! Unfortunately, this motel is only operated in Spain :( Here's the deal, people in

On the Relationship Between IP and Brand

What is IP? IP is the abbreviation for intellectual property, and its literal translation in Chinese is “智慧財產” . In the early days, it referred to the products created by people using their intelligence and spirit, such as: novels, movies, cartoons, plays, television programs, and others. As early as in the 20s of the last century, Disney has created a large number of characters: Mickey Mouse, Donald Duck, and others are famous IP characters. Japan anime has also released the popular Pokemon series. Hollywood has further filmed the Avengers movies series for a consecutive tens, sweeping the globe. The

Superfandom: How Our Obsessions Are Changing What We Buy and Who We Are

Fan economy is the hottest thing right now. Anyone that can attract clicks are thinking about how to profit from the flow of visitors. The key to be able to develop economies from the scale of your fans relies on whether you have the correct concept of “fans”. Once you mention “fans”, many always think of Otakus or fangirls, but you should detach from such a superficial viewpoint and look into the deeper essence of a fan. They don't just want their beloved celebrity or brand, they want the right to direct what they love more actively than previous

It’s not enough to please consumers; from now on, be a brand with an attitude

You might question the title by asking "A brand is not a person, how can it have an attitude?" Before we answer this question, let's start by taking a look at a case: do you know the batch home appliance seller 486? In September this year (2019), he posted on the Facebook page (screenshot below), which basically indicates: Some people attack him for selling Korean products and showing off his wealth. Not only does he not apologize, show his weakness, ask for forgiveness, but he also counterattacks with his full force saying "You haters are a group of idiotic

▲ Netflix leases 70s old cinema "Paris Theatre" in New York to show its own movies causing a huge external buzz (Source of the photo: official Netflix Film twitter page) The saga between Netflix and the traditional entertainment industry, various major film festivals, and brick-and-mortar theaters are well-known. For instance, Cannes Festival in France publicly refused to include Netflix in the festival, while Netflix posted a long response saying that we are the future of of cinema, and if Cannes is choosing to be stuck in the history of cinema, that's fine. CEO Reed Hastings even publicly stated that

The Secret Trick in the Advertising Industry

▲ The close-out report of Cannes Creative Lions 2018 Today, I would like to recommend a book, a book that is a shared secret in the advertising industry - "The close-out report of Cannes Creative Lions 2018".  It is written by Jacqueline Lai, also known as Xiaoyu, the Taiwanese official representative at the Cannes Lions Festival, and the curator of the Taiwan Creativity Week, too.  Cannes Lions has always been the Oscars of advertising industries around the world. It is held in June each year in Cannes, France, where the world's most outstanding advertisement creations are presented. In addition