▲(Source of picture: http://blog.regalmanners.com/ )     Open your mind and take a stride, let’s go for a grand tour!    Everyone deserves a grand tour in his/her life regardless of rich or poor. Quoting from renowned mime actor, John Barrymore, “A man is not old until regrets take the

▲Sacred Lake: Yamdrok Lake (Provided by: GCN, Sida Yuan)   For sports-loving Gamanians, they love to watch the gorgeous views around the world with their own eyes and explore the land with their own feet. Nature has created many world wonders with its exquisite and breathtaking craftsmanship. In Gamanians’ minds,

Energetic and playful Gamanians just can’t seem to sit still, they love to do it in “groups” when it comes to participating sports event, be it marathon, mountain climbing, swimming across Sun-Moon Lake or other competitions, they love to have other Gamanian partners on board. Well, since they love to 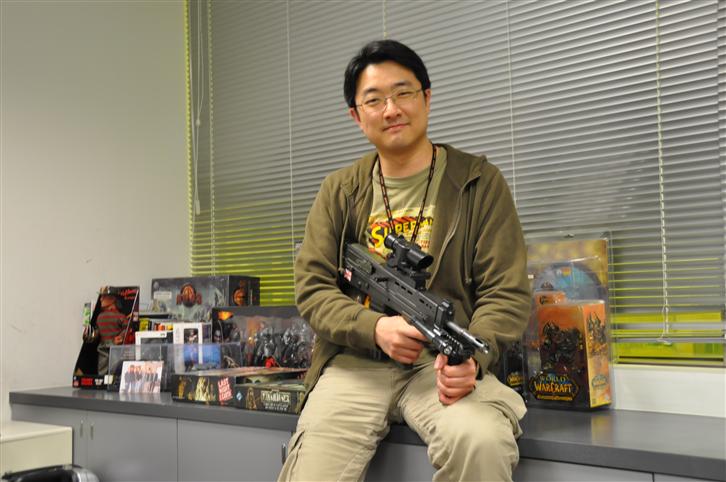 Rao, Min-Han, “It is our responsibility to play consciously at work!”

Weylen Tseng: Work and Play Have all Mixed Up Together!

▲Creative Center-Concept Design   Prior to joining Gamania, Weylen worked for Disney Australia for 6 years and after he came back to Taiwan he worked two years as a animation designer. However, he wanted to try new things. Since doing miniature models is one of his fondest hobbies so he

The Next Generation! The Web 3. 0 Revolution

Have you surfed the net today? Looking up info, checking Facebook, online shopping, streaming music, downloading files... We already forgot how living was like before the era of the Internet. That doesn’t mean we are always aware of its changes, though. During the San Francisco New Media Expo in 2004, the concept of Web 2. 0 had just been introduced to the world. Only 2 years later, Web 3. 0 became the only thing people were talking about. But now Web 3. 0 is not just “talk” anymore. It is actually taking place among us! This month, G!Voice invites

Where there’s people, there’s needs. Where there are different communities, there will be different needs. The Web 3. 0 Era calls for a change in the way your phones, internet and community affect your life style. Everyone in this business is holding their breathes to see who is able to make the crucial next step. Today, G!Voice takes a look at what the pros are saying about this. What opportunities exactly will the Web 3. 0 era bring?      SoLoMo &SoMoCloGlo    From the look of the current market trend, expert entrepreneur analysts John Doerr and Fred Wilson

MRT cards, VIP cards, credit cards, cash cards, membership cards... Don’t you ever wish that someone would invent a single card that could be used in every occasion? At first, we invented these cards to make life more convenient, but now we need an universal card to unify the billions of cards carried around in everyday life. And the Web 3. 0 Era is a direct response to these demands.      Sharing Information on Unified Platforms    Notice that ever more websites accept (if not require) logging in with your Facebook account? The Web 3. 0 Era stands

The Web 3. 0 era introduces a new concept: the Big Data! The study of the Big Data allows analysts to predict the development of the internet and discover overlooked potential in the market. Big Data, basically, is a look into the future. Even the White House acknowledges the opportunities it holds, concluding that “data will be the new oil”. So, what kind of potential are we talking about here? What exactly makes the Big Data so valuable?      Information Growth Encourages the Big Data Trend    We all know this is an age where information is everything.

The Era of Web 3. 0 is Here! Life in the Digital Fast Lane

You can describe to your friend how your day went just by showing the records of your phone Apps: Yes, that is how these mobile devices - or the Web, for that matter, - has integrated into daily life. There is nothing it can’t participate in, from waiting for a bus, or picking a restaurant. This is the era of Web 3. 0, and many don’t realize how it has truly changed the way we live. Take a look at the following video for starters!      Does this video ring any bells for you? Déjà vu much? Seeing