Quality Trumps Quantity for Marketing in the Digital AGe 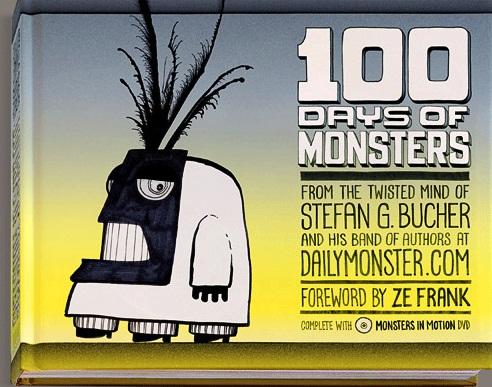 Xu Zhimo once said: "Beauty lies in the numbers". The phrase describes how "scale" can have a beauty of its own and the concept remains just in the digital age today nearly a century later.

I have always been impressed by those that live up to their promises and stay at it. Especially those that go and commit themselves to coming up with new ideas 365 days a year without fail. In 2009, Stefan G. Bucher decided to do something crazy like this – Create a new and different monster every day.

To produce a drawing every day, Stefan came up with a unique painting method involving a "toothbrush, straw and pen". Stefan started out by using the toothbrush to draw lines at random on the paper. Next, the straw was used to blow on the ink. Finally, he used the pen to follow the spreading ink and turn them into strangely shaped monsters. How creative!

After carrying out his project for an entire year, he created hundreds of artworks that he collected into a book. In keeping with the times, he used his unique drawing method to develop the "Monster Maker App" for the iPhone/iPad. For just US$0.99, you can use this app to easily create your own monsters.

The film makers condensed the three themes so you can check out what they ate, experience what they learnt and see all the sights in just one minute. As the film was limited to a length of one minute, very precise editing and moving music was used to create a collage that embodies the concept "beauty lies in the numbers". 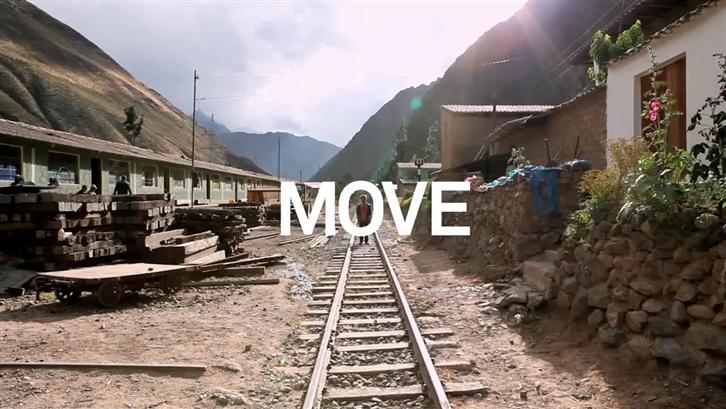 Link to the Move video:

The New Balance 574 series was a limited edition run of handmade shoes. Just 480 pairs were made. To emphasize the unique nature of the shoes, New Balance shot a custom video and a Polaroid photo for every pair. The total came to exactly 480 videos.

When a consumer buys a pair of these shoes, a Polaroid photo with a unique number is included. The photo also acts like a trading card. The number on the photo can not just be used to view the custom video on the 574 website. At the end of the video, the owner can also enter the photo number and name to declare that "these shoes belong to me". Pretty cool, isn't it?

The three stories above each present the individual, individual commissioned by brand, and execution by the brand itself respectively. All three used numbers to create a "Beauty lies in the number" advantage. When you take part in such a campaign, the quality of each individual artwork takes second place to the aesthetics of quantity. The determination and execution are also quite awe-inspiring as well.

Such projects would be even rarer if not for the digital age. From the brand's perspective, the thought of having to organize hundreds of artworks is probably enough to drive people insane, never mind the difficulty of execution. Some people say: "Quantity and scale is more important than quality for marketing in the digital age". The focus of the campaign should be on generating an overwhelming sense of aesthetics instead of polishing every detail to perfection. With marketing now entering a new age, one must not only possess professional marketing skills but also the ability to process large amounts of data quickly!

A child of the Sixties with decades of experience in consumer marketing.

Past experiences include brand strategy, brand concept all the way through to product launch.

Interested in traditional marketing models as well as trends in Web 2.0 and Social Media.