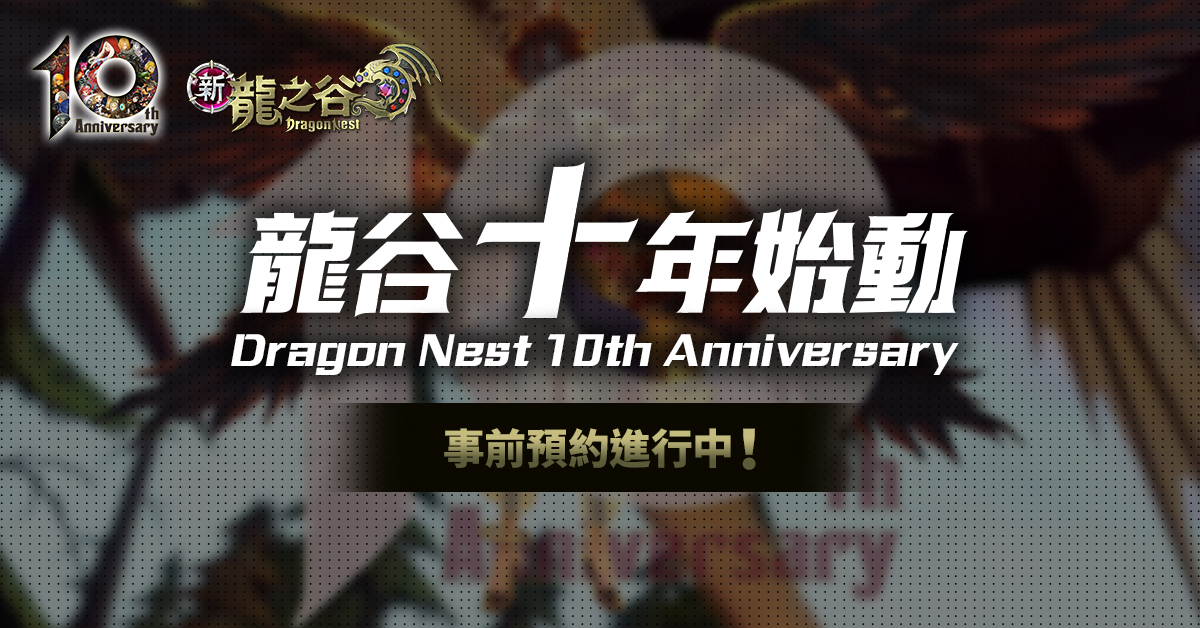 The new "Dragon Nest", the game owned by the Korean gaming company Eyedentity Games and distributed by Gamania, will reach the 10-year milestone of the Dragon Nest IP. The officials officially launch the "10th Anniversary New Version Reservation" on June 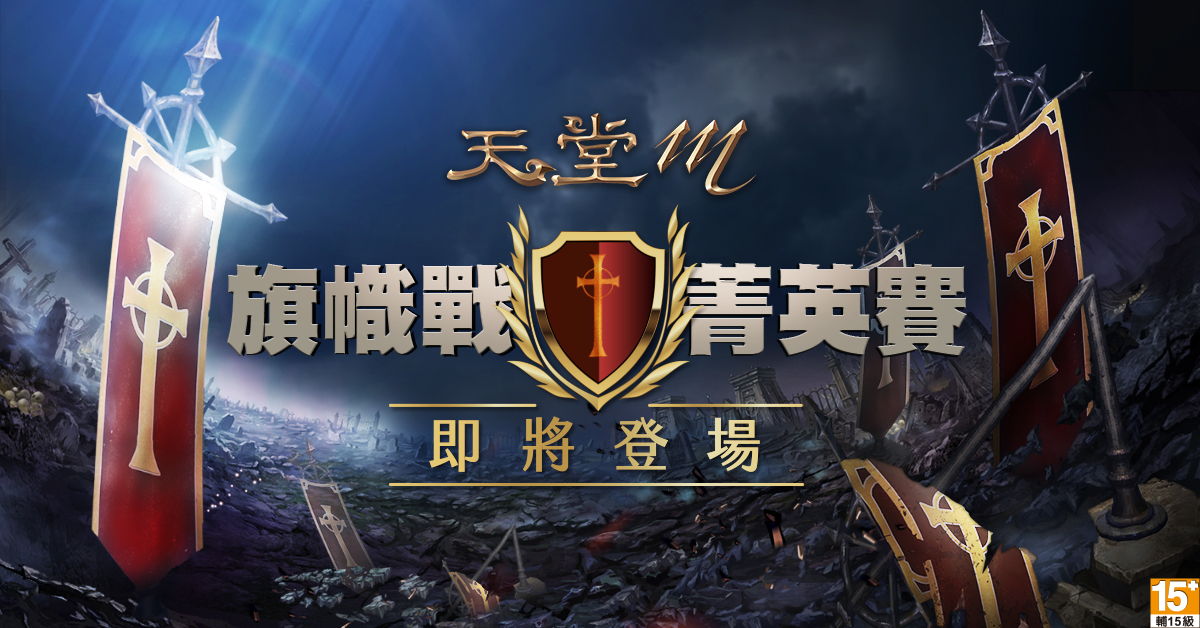 "Lineage M", the game developed by the Korean gaming giant NCSOFT and distributed by Gamania, has officially announced on June 9 that there will be the first ever scaled esports live-streamed competition, the "Elite Flag Battle Competition", on June 25 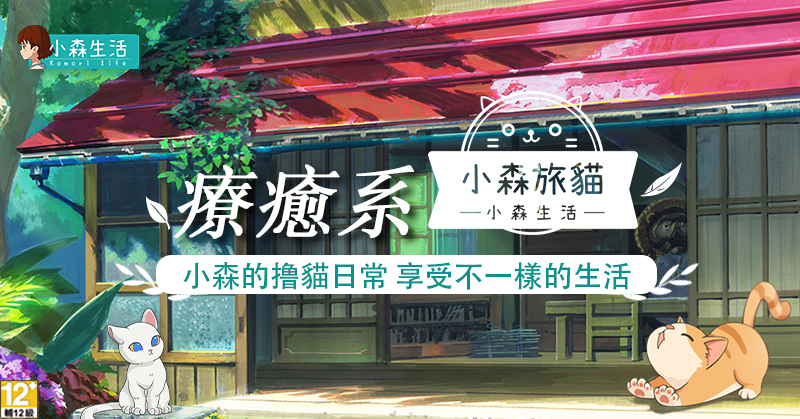 The official website of "Komori Life" is officially online on December 17. The living simulation builder mobile game is distributed by GungHo Gamania of the Gamania Group, developed by Shanghai Ruiluo Online, and released by Shanda Games. The game's promo

Gamania Group's swap app , Swapub, held the "Swapub Party" at the Center for Innovation Taipei on August 25 this year, the first ever event based on the theme of "swap". The Swapub team meticulously planned a series of exciting activities, the interesting experience raging from online to offline,  to make all registered swappers get ready for an unforgettable summer afternoon. "So it was you!" Swapper Meetup The swappers in various cities in Taiwan went from online exchanges to this exciting offline gathering through this event. Two people who never met before saw each other face-to-face at the venue.

It  was announced today (June 20) that the MMORPG mobile game 《Cross Gate M》, crafted by Japanese gaming giant SQUARE ENIX and distributed by Gamania, is to be officially released in Hong Kong, Macau, and Taiwan on Google Play and App Store at midnight June 25. All gamers are invited to return to the Kingdom of France (法蘭王國) and start a new journey of adventures! 《Cross Gate M》 will be collaborating with beanfun! through the "community assistance" spirit of licensed IP to bring the gaming world and real-life functions and services together and create the most powerful gaming social

Let's Declare a War to the World!! Gamania announced today (June 21) that the registration for the Taiwanese representative team qualification phase of the first 《Crazyracing Kartrider》 World Championship starts today! The 《Crazyracing Kartrider》 world games, started by Korean Nexon and has swept the world, is a highly anticipated competition among gamers. The company indicated that they hope to continue the gamers's passion and dedication to the game and have initially invested millions to host the games in Taiwan this year. The world championship prize award is about 20 million won (about NT $520k). The free-registration competition is divided

Gamania has held the its debut "Crazyracing Kartrider" World Championship Qualification Competition this year. Officials selected 4 competitors - "Baoge (Neal)", "Kunping", "Baodan (Noah)", and "Shewang (SK)", to represented Taiwan and flied to South Korea for the ultimate battle. The final stage was held in South Korea on the 24th, and there were 4 teams from Korea, China, and Taiwan engaging in a series of exciting matches. Taiwan team "Formosa Beast" took second place with a final score of 25!  South Korea home team "K All-STAR" won the championship with 39 points. Even though Taiwan team failed to take

Gamania Group’s GungHo Gamania announced that it has obtained the distributions rights of “Komori Life” in Taiwan, Hong Kong, and Macau

GungHo Gamania, a subsidiary of Gamania Group, officially announced the distribution rights to "Komori Life" in Taiwan, Hong Kong, and Macau on August 30. Komori Life is an "management builder + light RPG + social" integrated type mobile game developed by Zorro and distributed by Shengqu Games in Shanghai. "Komori Life" is officially planned for released in Taiwan, Hong Kong, and Macau in Q4 this year. Officials indicate that the rise of female gamers-oriented games in recent years has seen exceptional performances on the market, making these games the new blue ocean in the gaming market. In contrast to

《Lineage M》, the epoch-making mobile game developed by Korean’s leading gaming official NCSOFT and distributed by Gamania, has held an announcement press conference recently (June 5) for the game’s latest version, the launch of its new occupation “Dark Knight”, as well as many major updates has also released. On June 12, Dark Knight, the tough new occupation will enter the story, and the new chapter in the story will begin. After server maintenance, players can create their Dark Knight avatars and login in with their new characters right after 6 pm. Meanwhile, to accommodate the execution of new occupation,

He is the fourth Taiwanese baseball player to play in Major League Baseball (MLB), and is even the first Taiwanese to hit a homerun in MLB. In the end of the 2018’s game season, he retired from the Chinese Professional Baseball League (CPBL), yet his every move still has grabbed his fans’ attention. During his sporting career, Kuo underwent several operations and came back strongly again; therefore, he was nicknamed “the immortal phoenix”. So, exactly what kind of mindset does he harbor when facing with those setbacks? It is our honor to have him here for a talk, recounting

December 13, 2018 might have been just another normal day for you. You probably couldn't recall what you did that day. But for the Gamania Cheer Up Foundation, it was the day when the unforgettable Antarctic adventure started. Gamania's founder, Albert, was the team leader of this adventure. He recruited his good friends, the documentary director Yang Li-Chou (楊力州) and his photographer, Chris Wang (宥勝), Tommy Chen (陳彥博) and two other expedition team members Sherry Lin (林語萱) and Gary Wu (吳昇儒) to embark on the journey. After 3 months of relaxation and rest, Albert and Director Yang started an

After Gamania's super popular game MapleStory launched "Black Magician," a grand version update, in the first quarter of 2019, it announced today (March 27) officially that MapleStory will embark on its first crossover collaboration with "LINE FRIENDS," the global character brand, in response to the support from gamers. Through this collaboration, a total of 11 super popular LINE FRIENDS characters that Taiwanese gamers know so well will enter the MapleStory world; they include BROWN, CONY, SALLY, CHOCO, PANGYO, MOON, LEONARD, JAMES, JESSICA, EDWARD and BOSS. Gamers are invited to join the brand-new adventures: by completing the event-exclusive tasks such

Lineage M’s 1st anniversary celebration! Special rewards offered in and outside the game

December 12 marks the 1st anniversary of the release of the extraordinary cross-generational mobile game Lineage M, developed by Korean game developer NCSOFT and distributed by Gamania in Taiwan. To thank gamers for their support, Lineage M offers fabulous reward programs, including "GAMA 1st Anniversary Gifts" to allow gamers to realize their dreams in the game, and "Hall of Glory Event on the Official Website" and "Giant Death Knight Slot Machine Truck Taiwan Tour" to give away luxurious gifts to gamers outside the game. Those who open the "GAMA 1st Anniversary Gift" during the period of the event will

The great exhibition "the Legacy of Chen Uen Art Life & Philosophy" held at the National Palace Museum since June this year showcased the comic manuscripts left by the deceased Chen Uen, a comic master. These manuscripts brought the brilliant creation process back to life. As the first comic artist to have an exhibition at the National Palace Museum, Chen Uen's loftiness is a focus and also a controversial issue. Since Gamania, a long-time game player, is inseparable with "image," Zhong Meng-shun, the curator of the Chen Uen exhibition and also one of Chen Uen's disciples, was invited to

To celebrate the arrival of Black Mage in new version, a large-scale preliminary event "Mobilization Order in Preparation for War" for Gamania hit game "MapleStory" is going to be launched today (7). Empress Cygnus' virtual/physical mobilization order mails shall be mailed to players by the agent. Meanwhile, online and offline activities, including numerous brands in the marketing alliance and physical activities, shall kick off simultaneously, offering virtual treasures and physical rewards to immerse the "MapleStory" players of the past 13 years in the tense atmosphere ahead of a war so that they are ready to fight for MapleStory. Besides