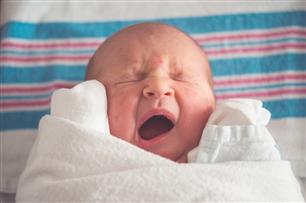 Behold, UX is all around! User experiences in our daily lives

“Oh man! What the hell is this? Why is it so hard to use?” Does it sound familiar to you? Has it occurred to you that the things we use

How to market when the government is a brand?

In a democratic country, its government is not only a political or administrative body, but also a brand that requires honing. In 2017, let’s take a look at how Taipei

In the 19th century, Europe was influenced by nationalism. Young painters, in the latter half of the 18th century, found that neo-classicism could hardly earn them a place in the

Sensational Appeal to the Younger Generation

Brand communication can be used to pack new products as well as to enhance the brand image. Recently, more and more issues concerning the elderly have been discussed vividly. Many

What’s the difference between UI and UX? Let’s look and see

What's the difference between UI and UX? Conversion Lab put together a series of comparison graphics from the internet, for a picture is worth a thousand words. Let's take a

The more options the better. Really? ?

Source: http: //www. hidabroot. org The recent trend in modern web design emphasizes on simplicity yet with versatile and accessible content. Every site is trying to present its product in the most obvious manner possible, with over-exposure and overwhelming information. They are eventually buried among all the other hypertext messages, ending up with the visitor clicking off after a few brief glances. According to Sheena Iyengar’s “Jam Study”, it is suggested that when a being is offered too many options, the more difficult it becomes to make an actual choice. (View the Jam Study here)   It

Welcome the New Era of Sports through High-tech!

I have recently come across a story that really blew me away: “Taiwan has broken 2 world records: a whopping 49 marathons races were held in 2012 (42.195 kilometers in total). falling in 4th place only behind the United States, the United States, and Japan. Taiwan hold the highest density of runners in an area based on the ratio of population and land. Wow! That is really something. Many friends around me have participated in some kind of marathon race. Some even already signed up for the 2013 Tokyo Marathon and are undergoing intensive training as we speak! The

When we were young, we all had the experience of looking into a kaleidoscope with one eye-- Remember how it felt like to be fascinated by the different patterns that almost never repeated themselves? Indian designer Nishant Jethi integrates the idea of the kaleidoscope with garbage and prompts the world to take a closer look at the “dazzling fashion” of garbage pollution from a new perspective.     In India, littering in public streets is the norm. Everyone does it, no matter in rural or urban areas. When local charity organizations decided to bring this issue to serious attention,

What kind of image would a liquor merchandise want to give its consumers? Heineken puts down its competitors by visualizing its slogan: “Refreshes the parts other beers cannot reach”; while Hennessy plays on being the favorite among hip and elegant yuppies. My encounter with Johnnie Walker, though, goes back to almost a decade ago...   It was the time when Harvey Keitel was the face of Johnnie Walker, the whole world recognized it as the famous drink from the “Keep Walking” campaign. In Taiwan it’s the same story. From the “KEEP WALKING Fund” project to the inspirational Tommy Chen

Requiem for a Dream

G-Voice Recommendation:    This is a film by Darren Aronofsky who directed the critically acclaimed Black Swan (2000). If you consider Trainspotting as a brilliant film on drugs, addiction and the critique on modernity, Requiem for a Dream would be ever more appealing to your taste. Although the film is full of images of using drugs, and considered banned for such reason, the atmosphere created in Dream is a sound warning rather than an appraisal of any kind.    One of the films technique is using rapid cuts to parallel the emotion drug addicts are going through.

Legendary Performances: The White Lie   Why is it that those who appear in commercials are always compelled to exaggerate their reactions? Why do food products always look much more tastier on television? ? ? Is this a dishonesty scam, or just an artistic portrayal that allows imagination? We must start from the story of production assistants. . . . . .    When I was working as an film producer’s assistant, the director had looked at me with hope and excitement and exclaimed: “Bruce, that chicken patty needs to burst with juice and flavor the moment it is

When was the last time you came across an online ad?  Yesterday? Last week? Last month? Or maybe never?    It is an proved fact that consumers are even less convinced by the advertisements they see. According to the following research: Only 14% view commercials as trustworthy, yet 78% take in a friend’s or any online reviewer’s opinion as a reliable source. Consumers are now smart enough to look past the fancy packaging of a product, hence the birth of “embedded marketing” and other promoting strategies as such. On the web, a new form of media is also

“Design Thinking” – How to create an unique APP

Christmas is coming, and everyone is wondering what special gifts are in store for them! Christmas presents can be ever more special if you can create one yourself! The user-experience center hosted an “X’mas Design Thinking” event in December 2011 that allowed its participants to design a Christmas-themed APP on their on accord. The following demonstrates how we play with the concept of “Design Thinking”.      1. Let’s role play! The Designer & The Recipient Role playing is a good way to create interaction and detect problems in an efficient manner. 2 two are paired together with

Ad is a hit, but why can’t you remember the brand?

These few days (May 5) there have been a advertisement being widely shared on Facebook. The content is a picture of a whole family. The dad looks handsome and the mom pretty, however, the kids didn’t seem to get the ‘good’ genes and look quite ‘plain’. These three kids look like they’re ‘produced’ from the same ‘models’ and the same ‘factory’  and you wonder how on earth happened? Then you saw the tagline reads “The only thing you need to worry about is how to explain to your kids”, you had a sudden realization.  This is an advertisement from

For game developers in Taiwan, there is something unique about Taipei this June! Since 1988, Game Developer Conference (GDC) has been considered the biggest game technology exchange event in game industry. After 26 years, this year, the much anticipated first ever GDC Taipei Summit was held in Taipei. The event was joined by around 600 professional game developers from 12 countries including the U.S, Brazil, Australia, Japan, Singapore, Hong Kong, Macao and China and 20 invited guest speakers from Taiwan and overseas. In the past, Gamania had participated GDC as an attendee, this year however, we were honored to

Car vs. Piano: A creative and Interesting Marketing Gig

What’s the relationship between a car and a piano? When you see a scene like this, “on top of a still car is a 350 kg, real piano hanging by 9 ropes”, what is your first reaction? Danger! Unexpected! It could crash and kill the person in the car! That’s right, this marketing case wants to give you the message that “you cannot secure yourself against all risks and dangers, so it’s best to insure”. The interesting thing is that, when will these 9 hanging ‘ropes’ break, and what breaks them will be determine by online users. Through live

See Through Your Customers: Context Inquiry

In the fierce competition in the capital market nowadays, business owners could only wish their shops are filled with customers and their products pre-sold way before official launch. Shrewd sales personnel wish they could see through customers’ minds and know what they are thinking so they could earn handsome amount of commission fees. In this day and age, everyone wants to know what the customers think, what they want and how to get them to pay. In this article, I’ll introduce a research method that could have an insight into consumers’ real demands—context inquiry.   Context inquiry is a

After Half a Century, Still Creative: the Ageless Toy Brand—Lego

▲Lego master, Nathan Sawaya pieced up many seemingly petty Lego bricks into artworks full of life force! In 2008, Lego, a brand originated from Denmark had gone through half a century but still standing tall. It is the common interest and memory of many children and adults alike. Why is its charm so pervasive that still influences people even after 50+ years? Such charismatic toy possesses the features of numerous combination and diversity so that people could use their imagination and creativity and create many precious pieces and stories! Creative Lego: Intricate to the Ts Lego’s slogan has changed

Summer is the peak season for game industry, Gamania will not be absent from the mobile game market. Presenting branding new mobile content, Gamania officially launched SubCat with enhanced visual quality. In addition, two new quests were added: East Sea Dragon Palace and Honey Strait. The new game targets cat-lovers, recreational players and iPad owners and seeks to attract spotlight with the hottest ‘screen-wipe’ method.   This time we did an unannounced interview with potential player, Grace from operator, to test the game effect of SubCat HD.   We installed SubCat HD to iPad and placed it on Grace’s

▲The map of U.S presented through inforgraphics: the features of each state was presented through different colors and illustrations, elevating the visual enjoyment.      What is Infographics？   Infographics is a compound word comprises of information and graphic. Basically it is a graphic, visual representation of specific information, message or knowledge. Examples of infographics range from maps, metro or bus maps, data graphs on the newspapers to various diagrams on Excel.    Originally infographics were used mostly on newspapers or magazins to illustrate the storyline or the plot of an incident. During 1970-90, the art editor of The

Animals in the Commercials

WOWOW is a private satellite broadcasting and pay TV station. Its channels provide movies, TV series and sports. They recently launched a commercial for promoting their online TV service. In the commercial, an eagle was resting on top of the tree. You could see from someone’s window that the TV was playing some intense drama. In the drama, a mother failed to grab the baby stroller and it dashed down the long stairs. The eagle, which was also watching the TV from the tree outside the window, soared and flew to the filming scene. The crew thought the eagle

ALSOK is a company that provides various security and insurance services. Since early last year, they hired the well known Japanese figure, Saori Yoshida, a female wrestler who won World Championship of Women’s Wrestling for 10 consecutive years (as well as winning two consecutive Olympic Gold Medals), ALSOK became a product that imprints in everyone’s mind, a household name. The commercial adopted the form of a song and signal that average consumers are familiar with. They looked for the perfect endorsement person with ‘security guarantee’ as product feature. The commercial was made into a music video to ‘brainwash’ the

Coffee has become a staple for many white collar workers. Whether you like to make it yourself, buy a fresh one in Starbucks or grab a canned one from the convenience store, everyone could easily get one to ease their caffeine addiction or as quick fix to refresh their minds.   It is precisely because drinking coffee has become a common demand in our daily lives that more and more brands throw themselves in the market for a piece of share. If you want to stand out in this fiercely competitive market, you need to have big idea to